The vernissage of “What is the Sound of Protest?” opened to a packed and excited audience at Errant Bodies on November 6th 2015, with performances and talks by Janine Eisenächer, Nicodemus, Stefan Romer and my alter ego Giuseppe Marinetti.

My thanks to the 15 artists who agreed to be part of the show at short notice and thanks as well to the audience for coming along and making it a great event. A recording of my Sonic Baton performance is below.

A text also titled “What is the Sound of Protest?” was produced for the event and is available here as a pdf. 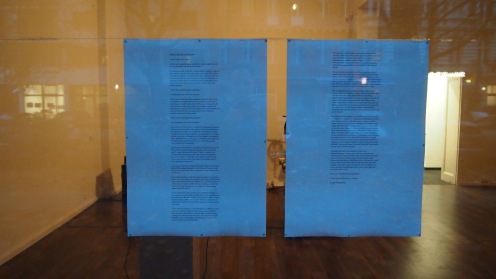 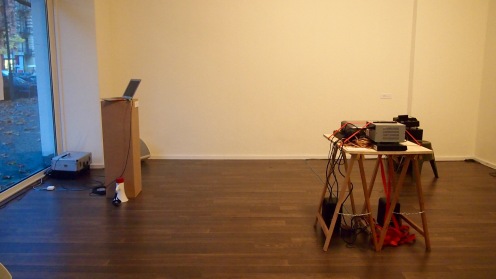 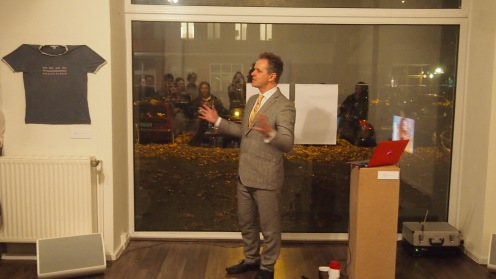 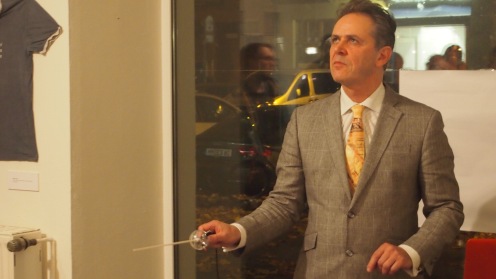 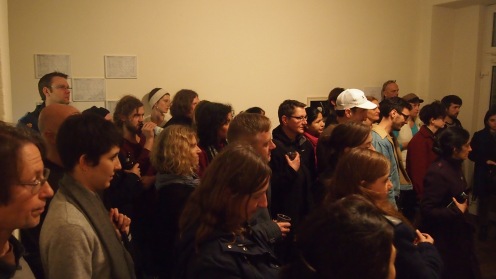 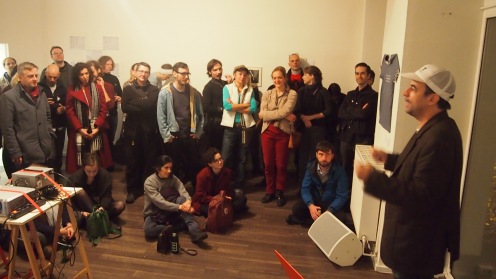 What is the sound of protest? 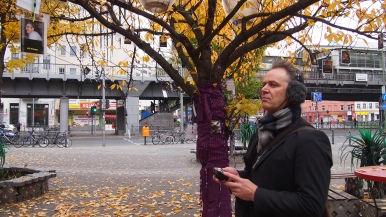 What is the sound of Protest? Errant Sound,Berlin (2015) 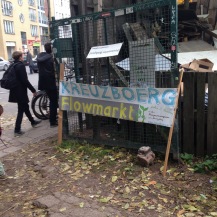 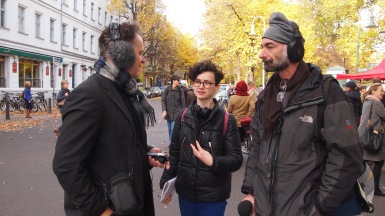 The Absence of Protest